The recent NHSA W1234 solids/floatables screening facility in Weehawken, was initiated to reduce the frequency of roadway flooding and satisfy a New Jersey Pollutant Elimination System (NJPDES), to capture, remove and prevent the discharge of solids/floatables which are not allowed to pass through a bar screen, with an opening greater than 0.5-inches.

At low flow, sewage from Weehawken, NJ two outfall pipes was directed to a sewage treatment plant, but during rainstorms and times of high flow, the solid, floatable sewage went directly into the Hudson River.

The first 11 elements were shipped via truck to a New Jersey shipyard. From there, a barge with a 100-ton revolving crane, loaded the pieces in sequence onto another barge, taking due caution to balance the total weight.

Both barges made an hour-long trip up the Hudson River, past the Statue of Liberty to the job site where workers would install the two chambers 25 feet below sidewalk level. It took four days to install the north chamber and only two days to install the south chamber, designed for a flow capacity of 480 million gallons of water per day.

Precast slabs will cover the chambers, with the area turned into a green space. The space will also serve as an access area for public works personnel to collect trapped debris. The project is due to be completed in the summer of 2019. 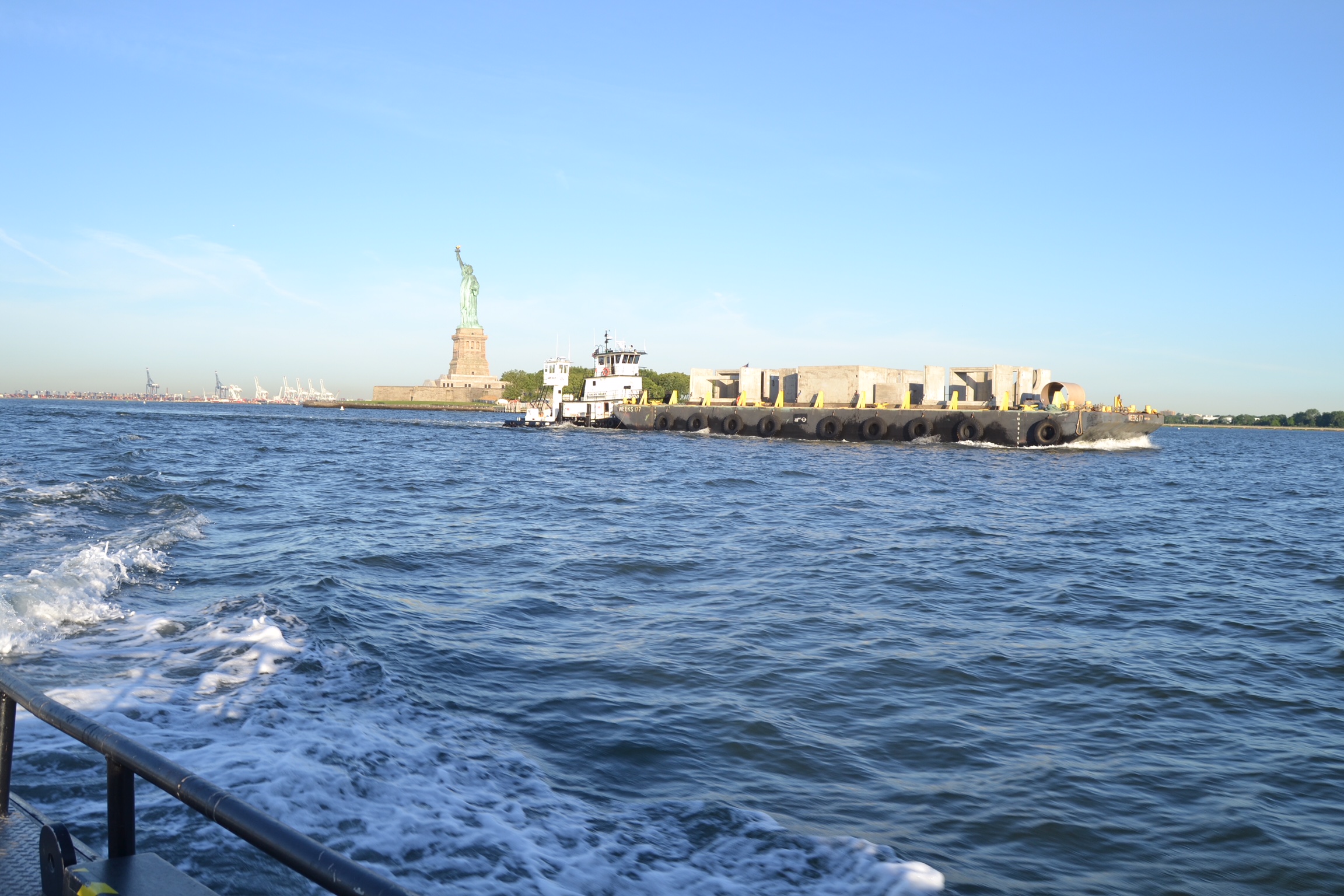