The historic Damaschke Field opened in 1905. Famous players such as Babe Ruth and Roger Hornsby played baseball on the diamond during the early part of the 20th century. In August 1968, the city renamed the field as Dutch Damaschke Stadium to honor local sports coach, referee, and counselor Ernest C. “Dutch” Damaschke. Damaschke served as Oneonta’s Recreation Commissioner for more than thirty years. The field and stadium are public facilities within Oneonta’s Neahwa Park and home to the New York Collegiate Baseball League, the Oneonta Outlaws.

The latest renovations began in 2019. The project will be completed in two phases. The first phase included demolishing the grandstand and creating a temporary backstop. Netting was also installed, which protected all spectators from foul balls and flying bats, and a new filming tower was installed. The second phase will be to replace the grandstand with a new facility that will include play areas for children.

Delta contracted with Sportsfield Specialties, Inc. to provide design computations for the custom filming tower. The design included the structural system and the design for environmental loads and limiting deflections. Limiting the deflections will allow for higher quality filming even if the weather is not optimal. 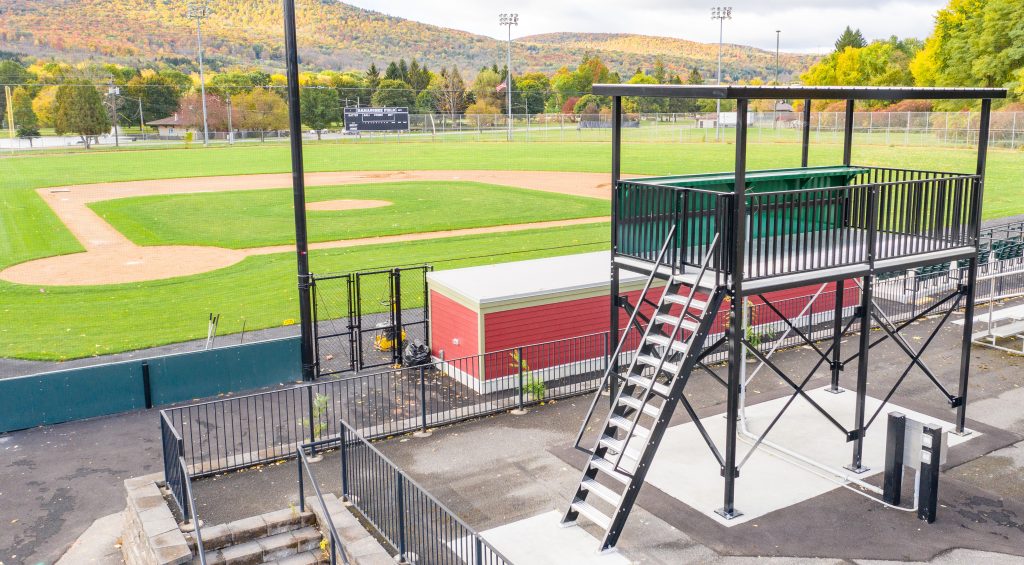