In October 2012, storm surge from Superstorm Sandy caused damage to the Oyster Bay region of Long Island, New York and completely destroyed West Shore Road, a major route between beach communities. This project delivered a solution to this urgent problem for local residents by providing a rapidly deployable design approach that substituted precast concrete for a traditional poured approach. The key to the project was to develop a rapid and structurally sound method to rebuild the retaining wall that support long spans of the roadway.

The Stone Strong System retaining wall eliminated the need for open excavation and long forming and curing times required by the traditional poured solution. The contractor was able to install approximately 750 feet of retaining wall per day and was able to backfill it immediately. In addition, the Stone Strong System has a built-in drainage system, which was essential given the proximity to the harbor. The retaining wall design was completed within two months of the storm. The design of the retaining wall system utilized Stone Strong’s 24 square foot – 86-inch extended blocks and 24 square foot – 6-inch mass extenders. Because of the potential for beach erosion and possible undermining, a 60-inch minimum bury was required.

This project was completed by the important summer 2013 tourist season. 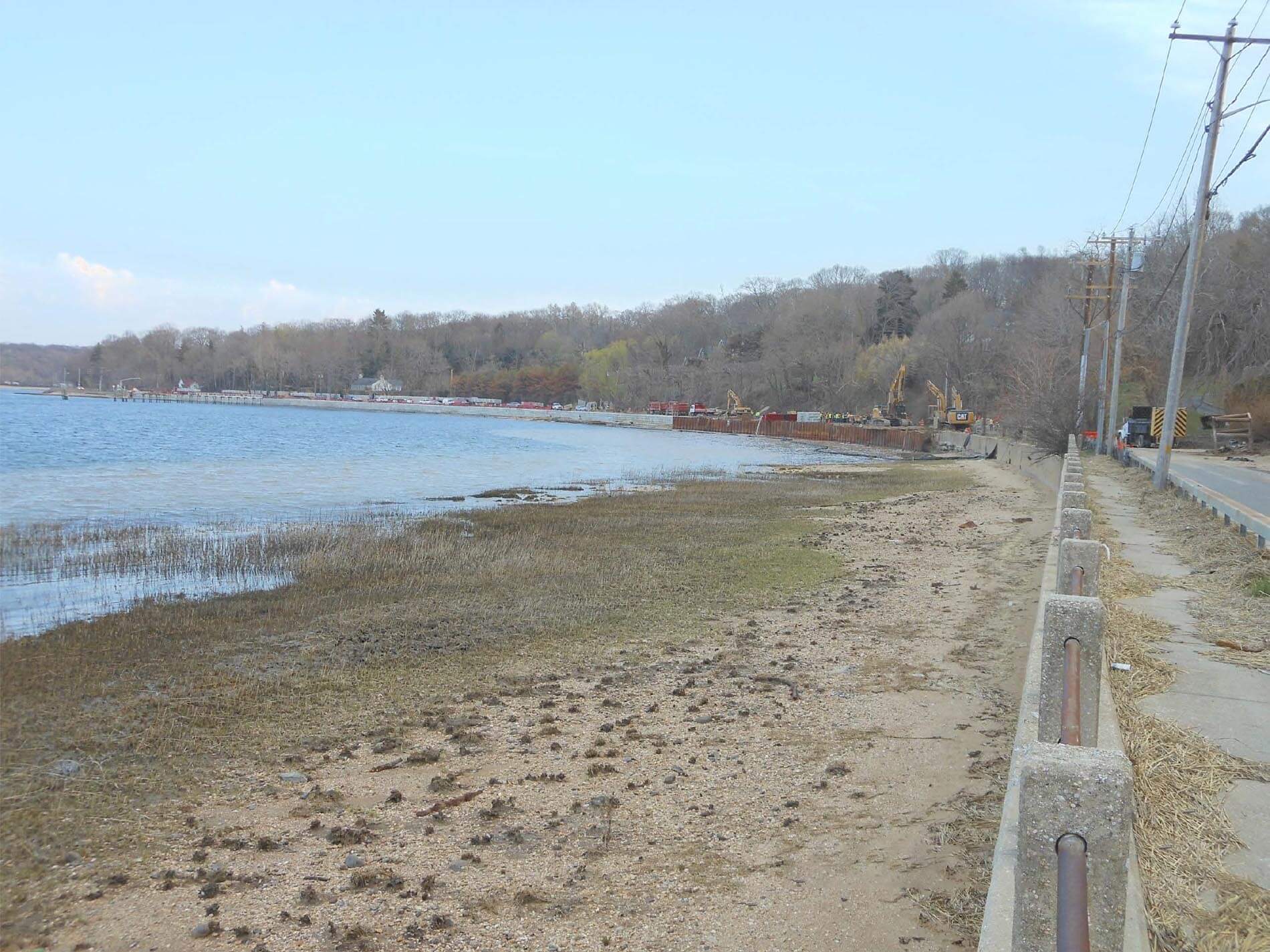 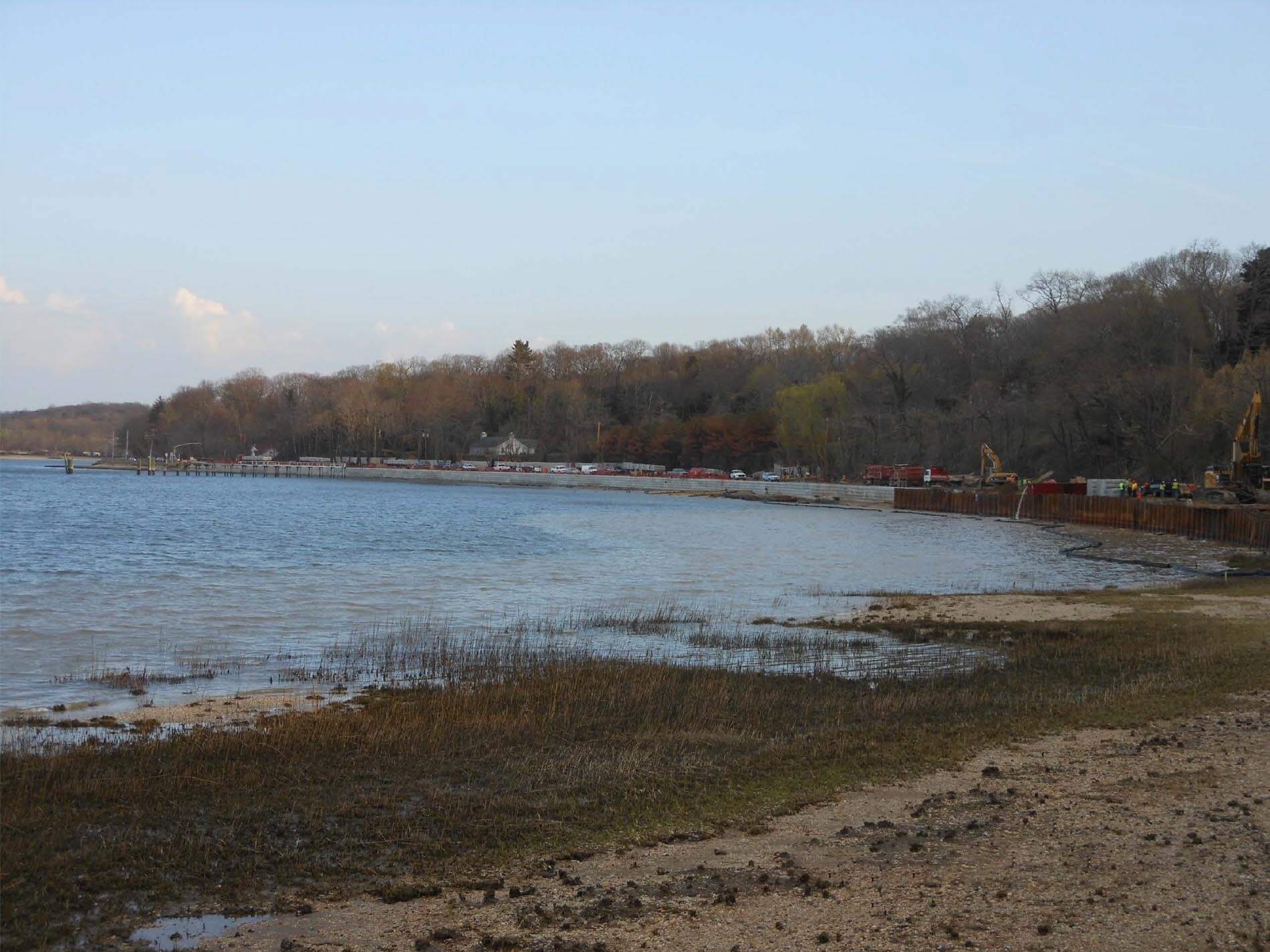 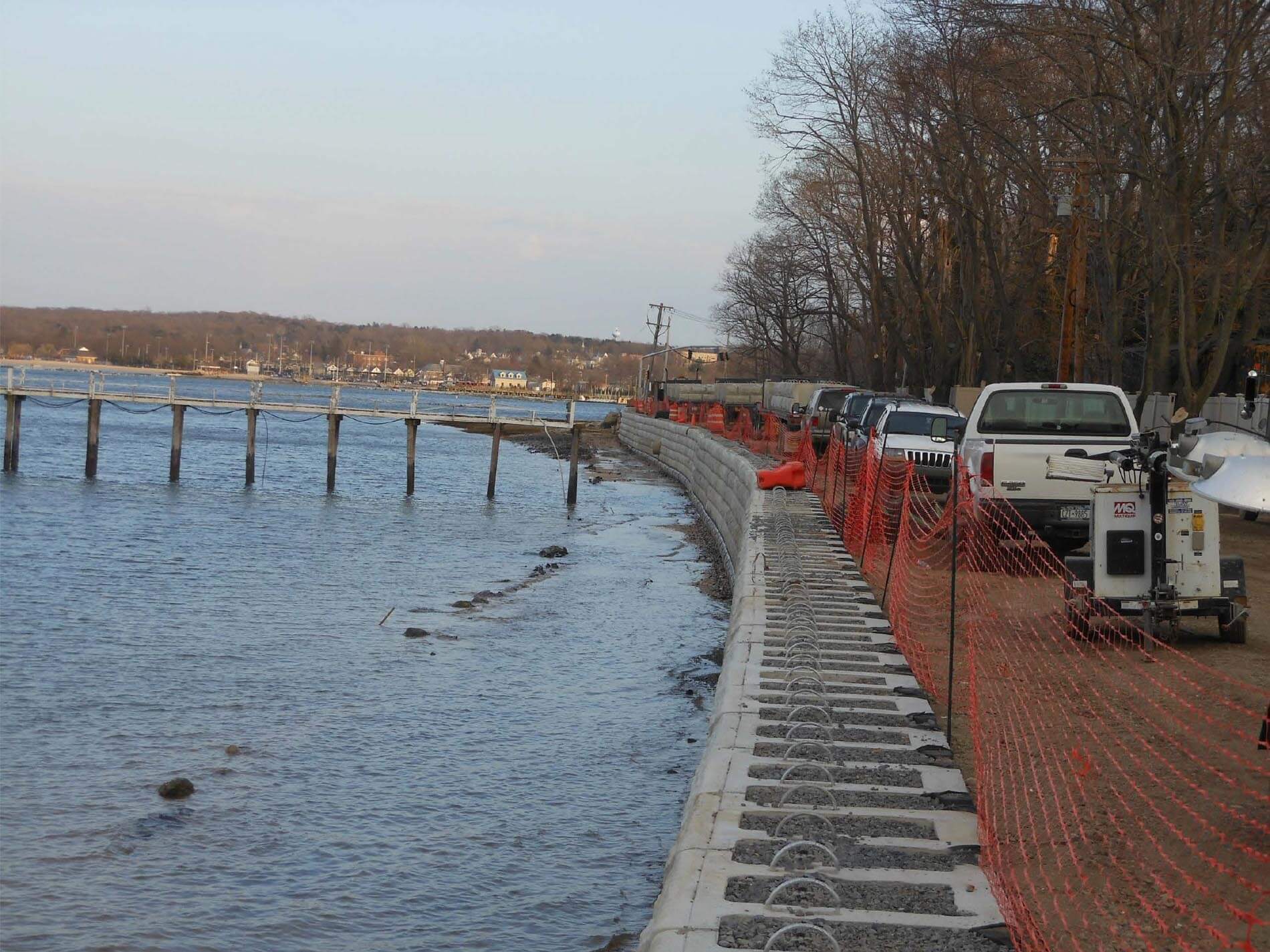 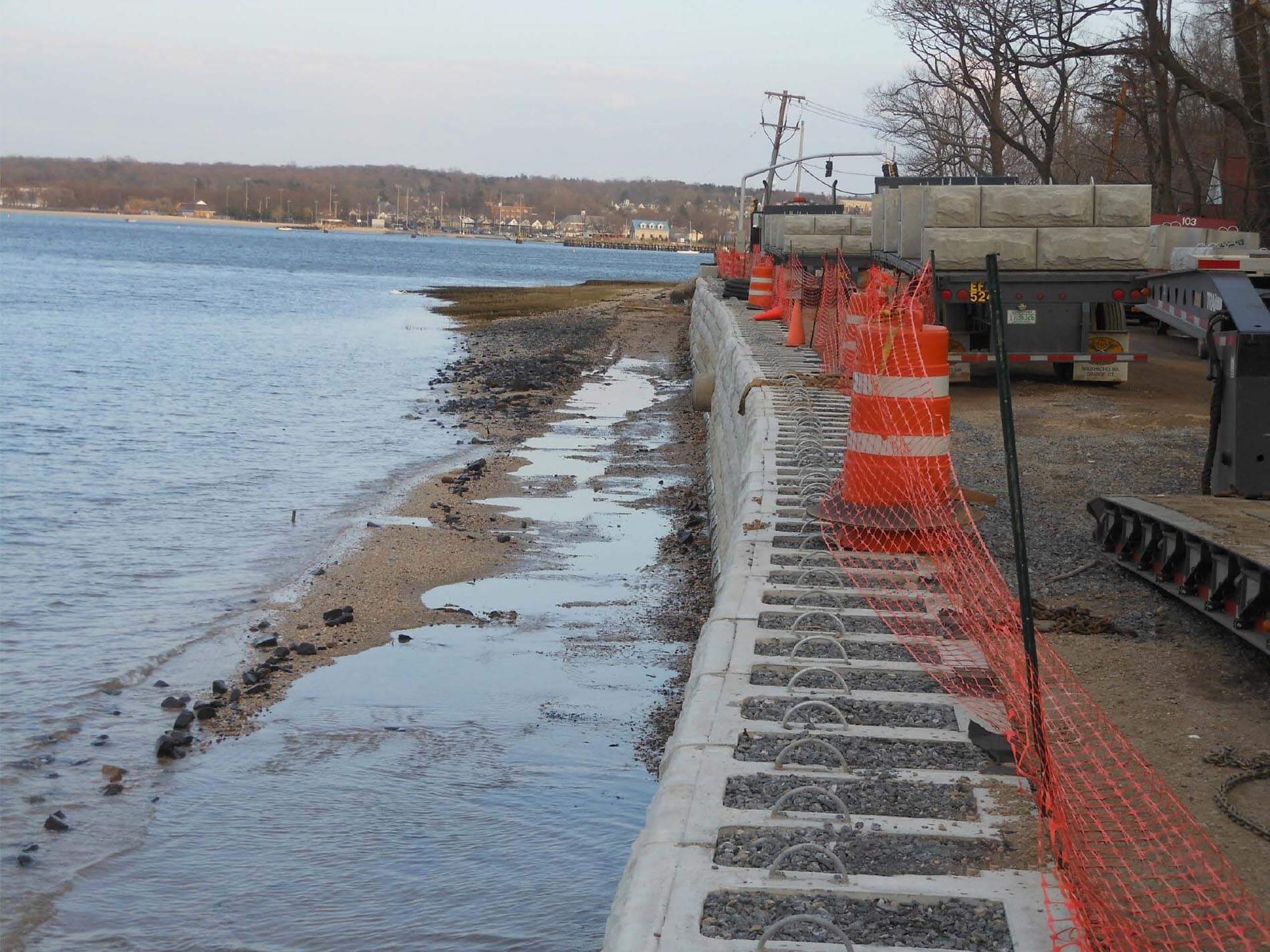 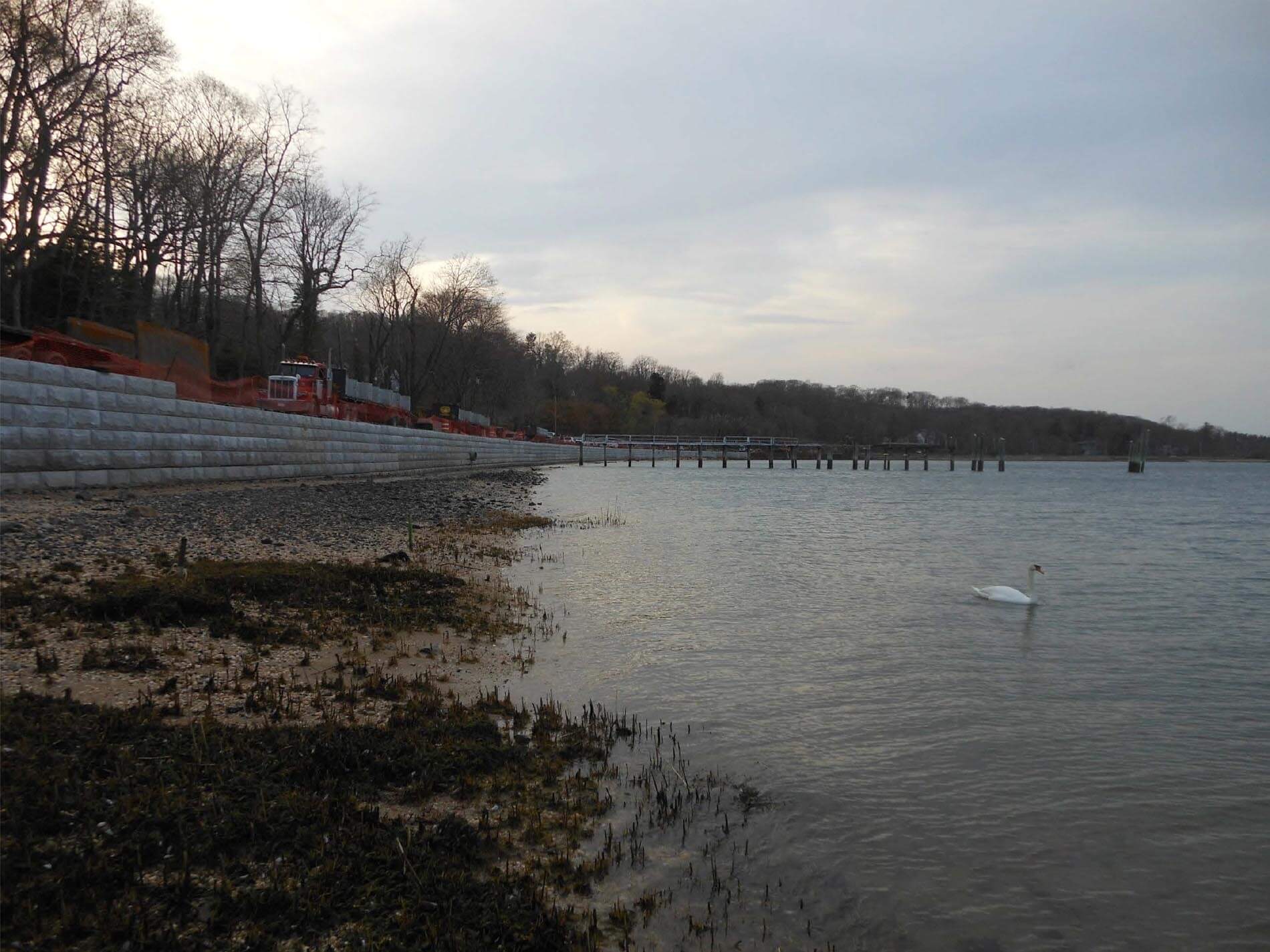 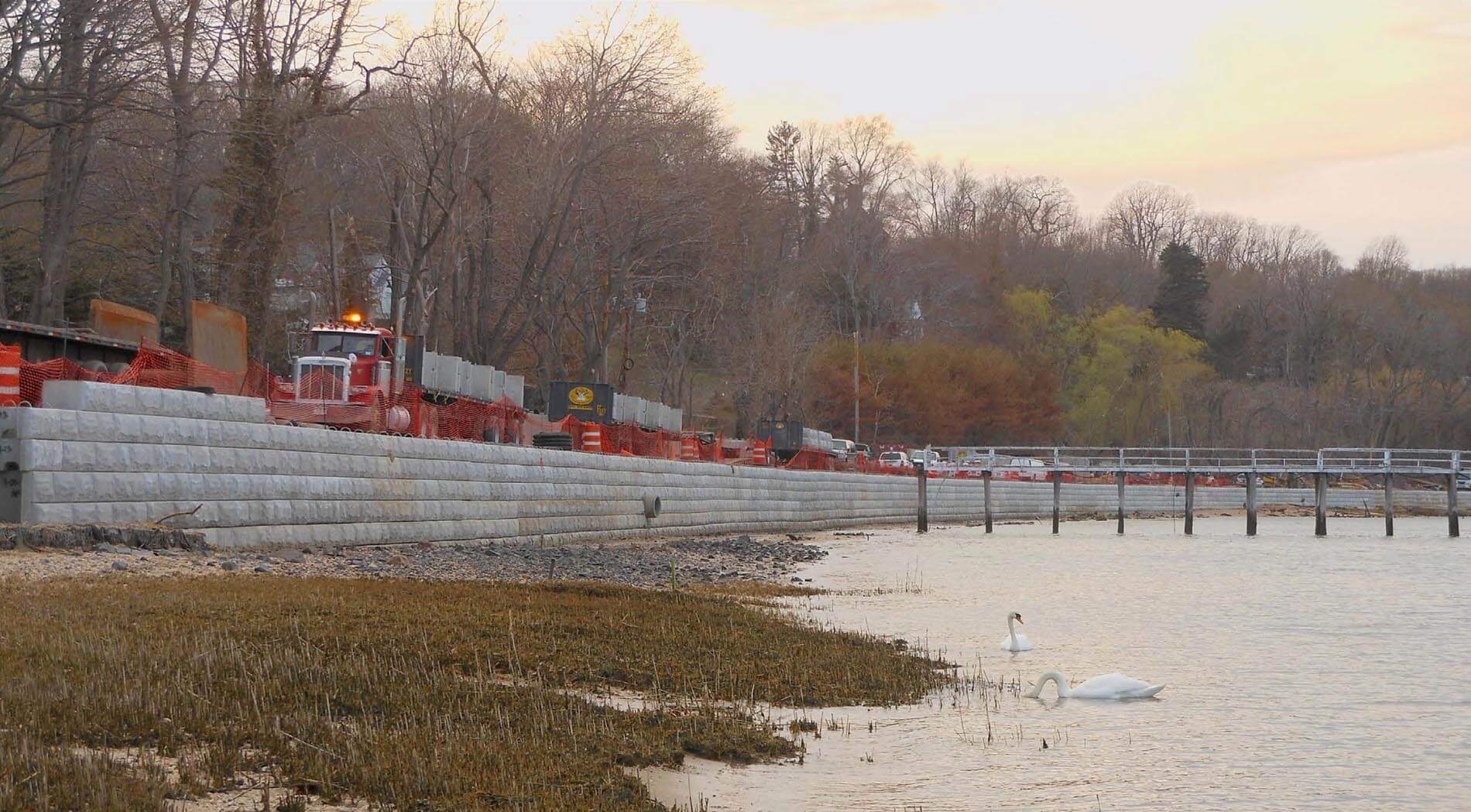 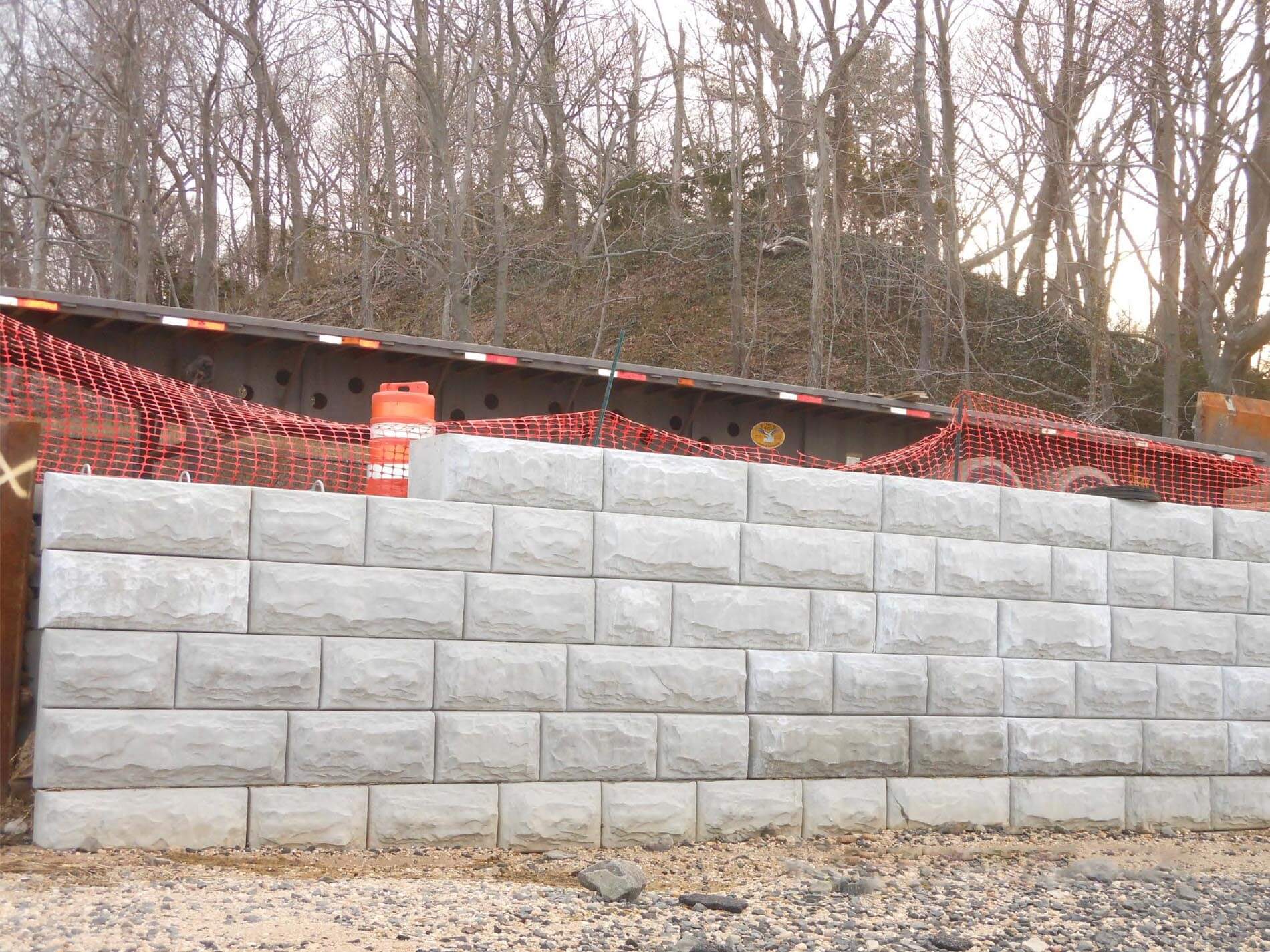 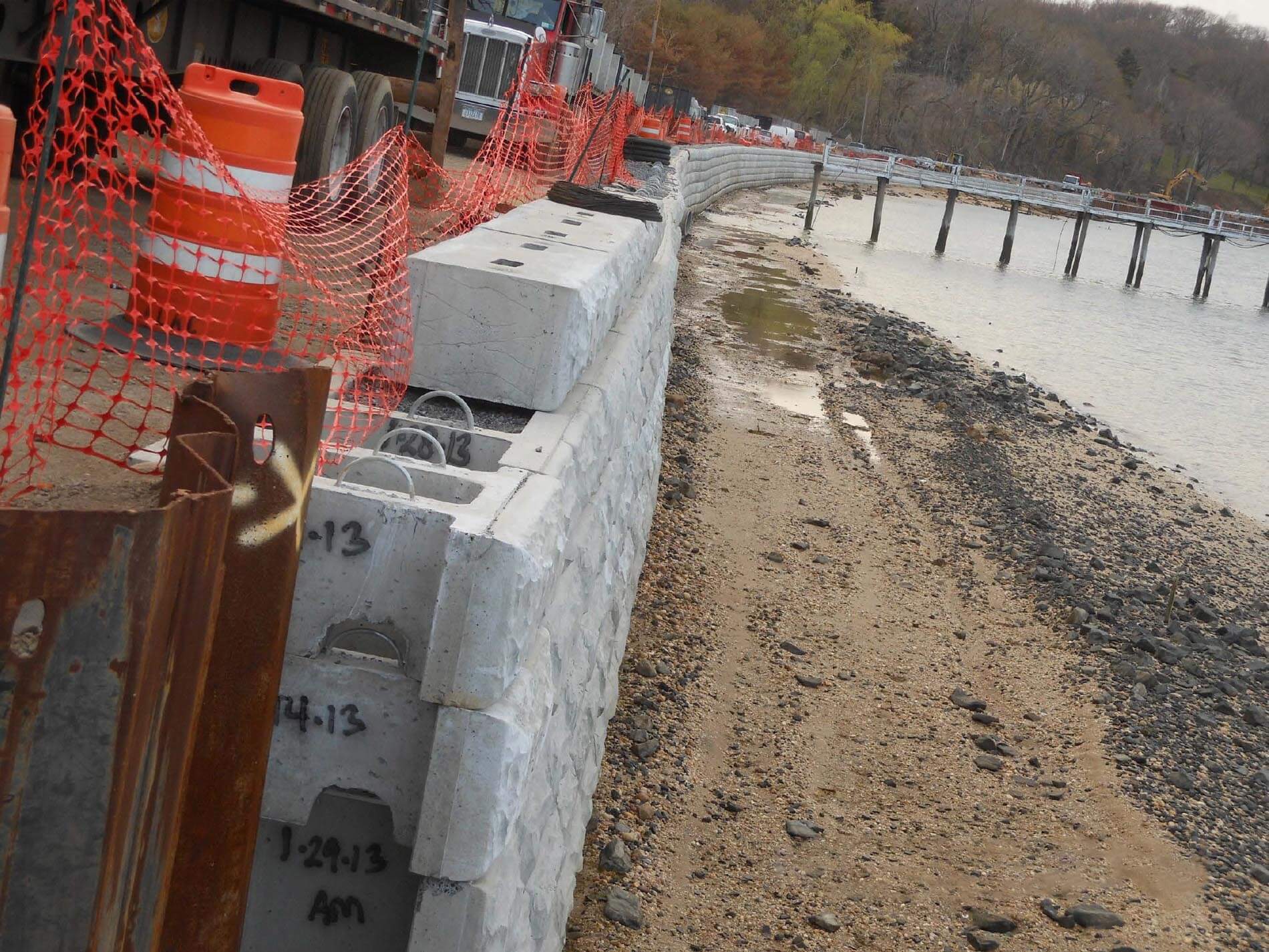 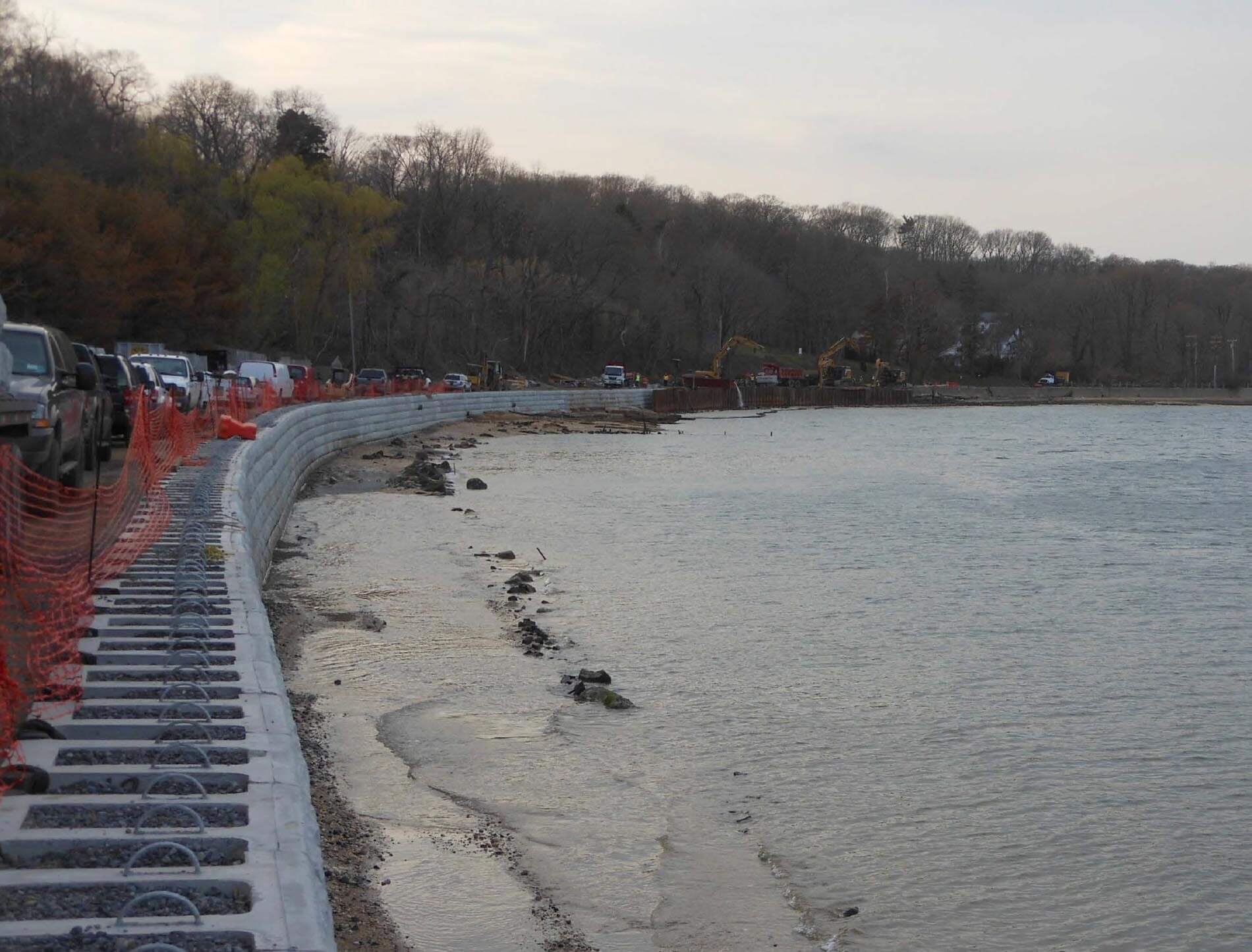