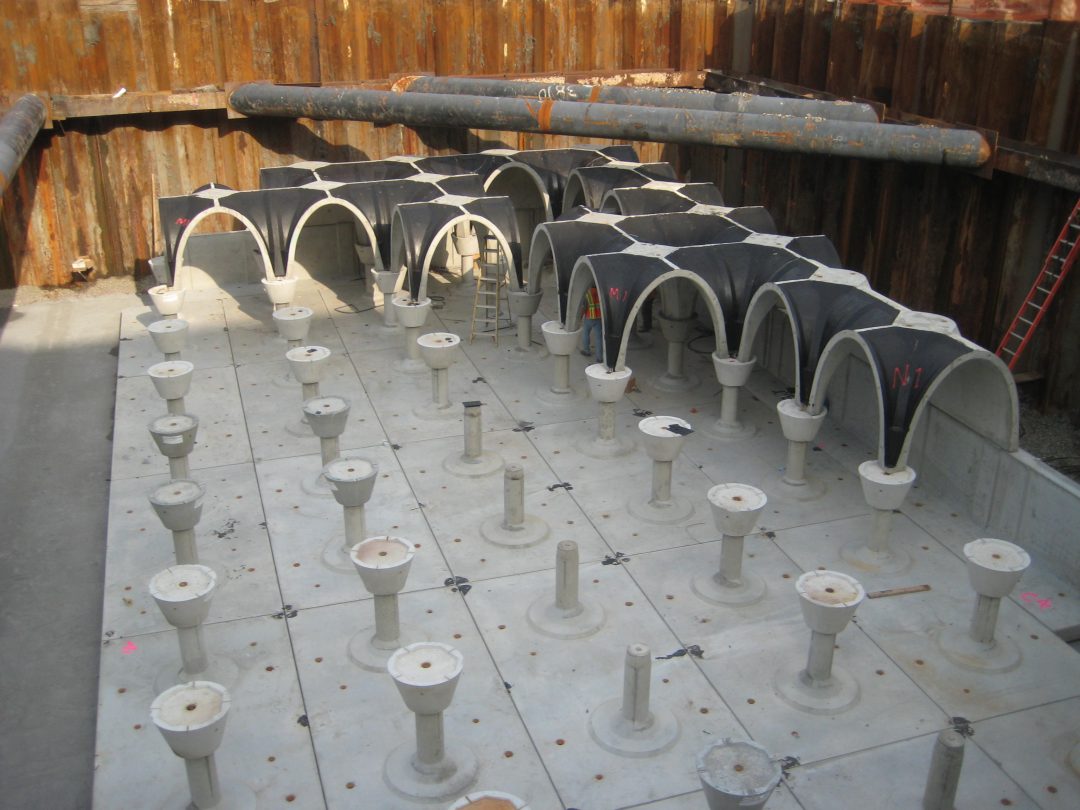 To help mitigate repetitive flooding and protect infrastructure from another tropical storm, the City of Hoboken, NJ is constructing a new, five-acre public park that will become the country’s largest known resiliency park with an above ground green space, athletic fields, and ice rink. Below grade will feature an underground water detention system designed to withhold nearly two million gallons of rainwater and runoff.

Delta Precast was contracted by Rotondo Environmental Solutions to design a 50,000 gallon underground cistern which will collect and reuse rainwater to irrigate the park’s lawn and plants. Two cistern (stormPod) systems were designed for the project. The two systems have interior height of 10ft and 8ft respectively, both systems consist of 360 degree, 180 degree modules, pedestal supports on precast floor and parameter soil retaining units. Structural design of the two systems were based on an equivalent fluid pressure of 60 pcf, fill height of 1ft -18ft, HS-20 live load, ACI 318 and ACI 350. 3.0 lb/cyd of Turf-Stand fibers were used in combination of conventional ASTM A615 grade 60 reinforcing to minimize temperature and shrinkage cracks.

This project is a national model for flood resilience and climate change adaption. Over 750,000 gallons of rainwater could also be held through above ground green infrastructure. Trees will be planted in the park to help collect and absorb rainwater, 8 drainage areas have been designed into the park to collect another thousands of gallons of rainwater, and rain gardens will also be implemented to collect and treat rainwater during heavy storms. This project will result in a 90% reduction in combined sewer overflow events in Northeast Hoboken. 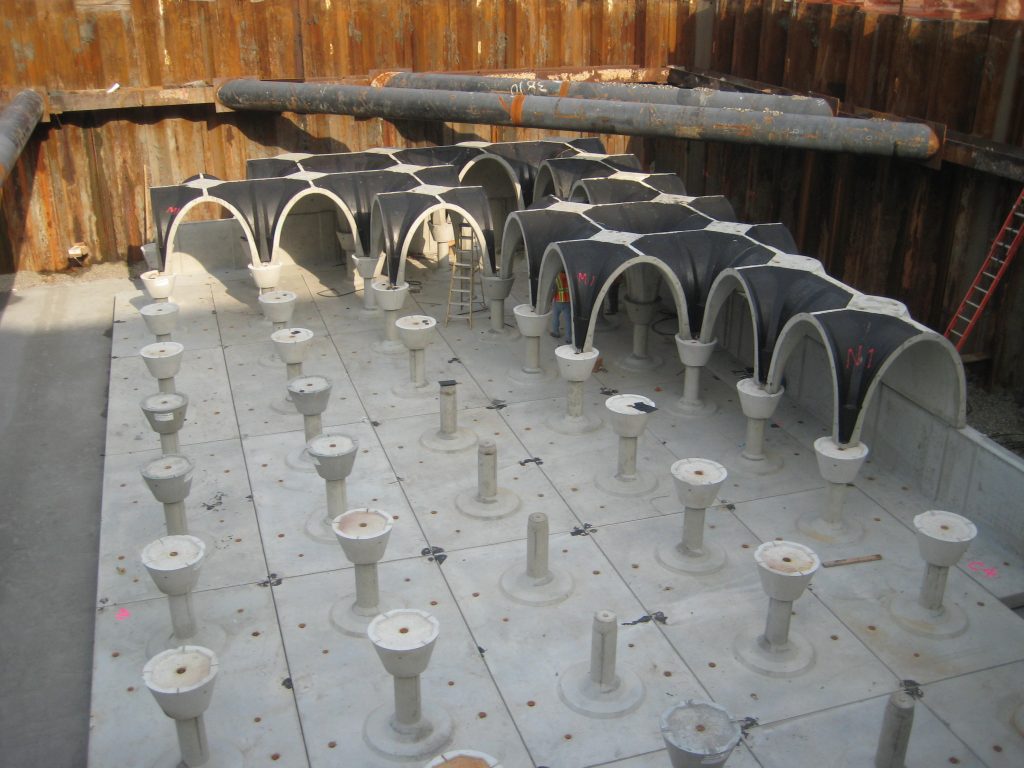 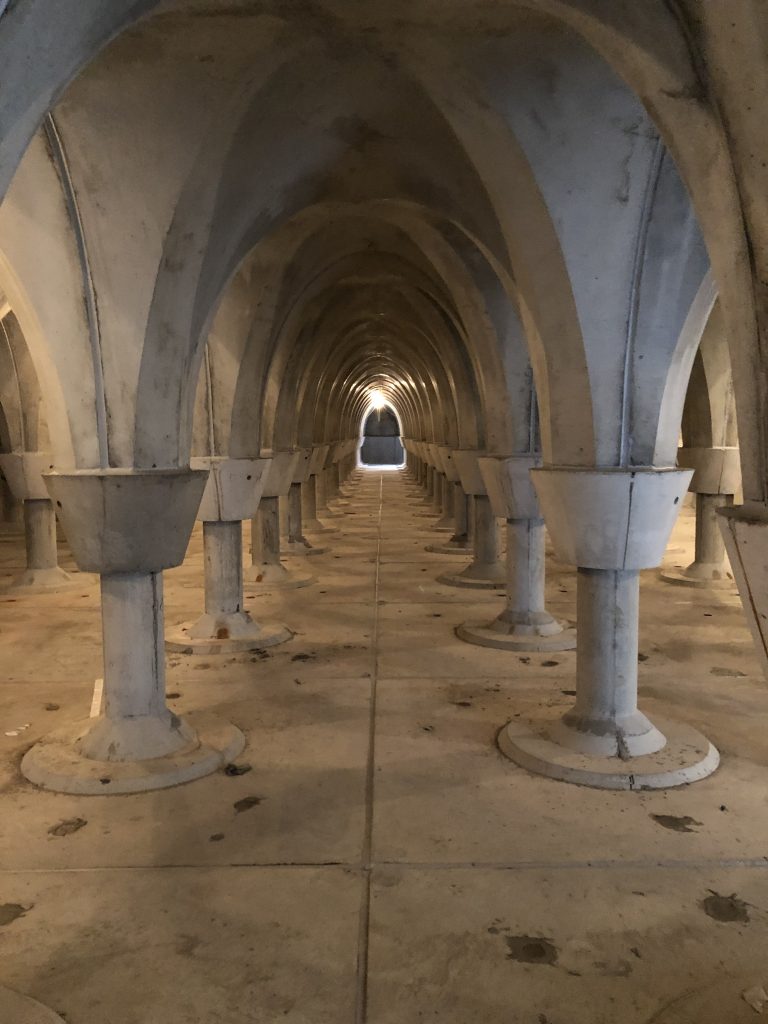 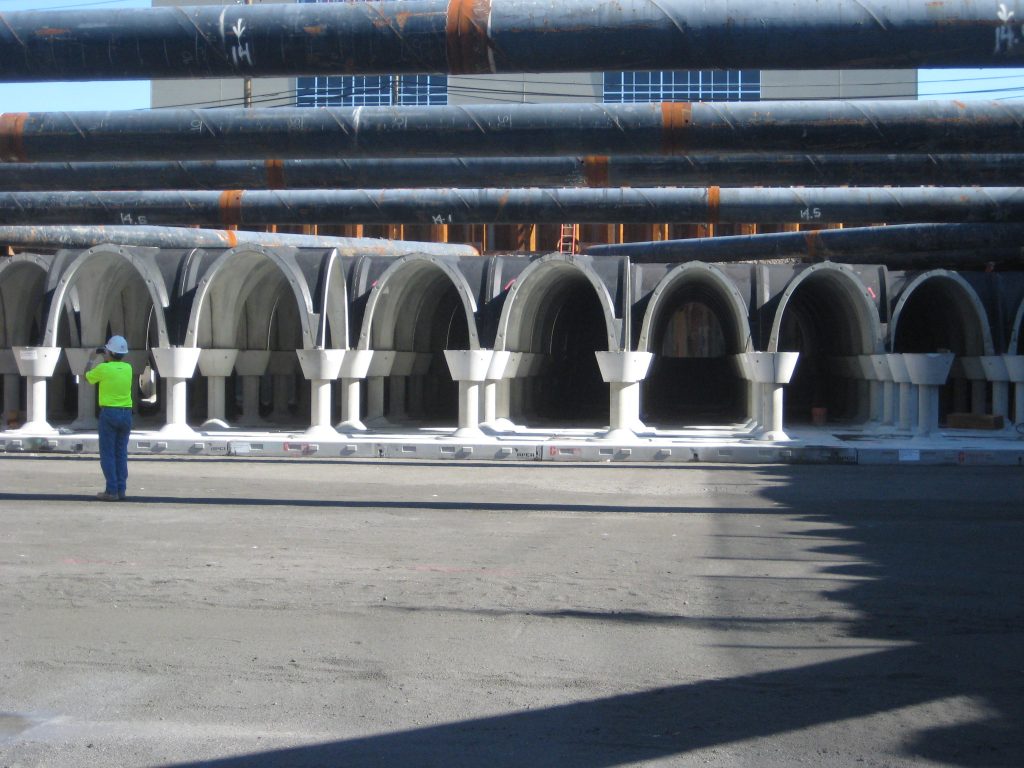